Be a part of the conversation!

Vermont's sole congressional seat is open and it is vital that you are part of the process.  The Statewide Independent Living Council (SILC) and Vermont Center for Independent Living (VCIL) are holding a congressional forum on Tuesday, July 26 from 1:15-2:45 at the Capitol Plaza (also via zoom, link coming soon), followed by a celebration of the 32nd Anniversary of the signing of the Americans with Disabilities Act.

We are asking folks to submit questions around disability justice that they would like to have answered by the candidates.  We will collect and compile all questions and then based on time we will decide which ones and how many get asked.  Esteemed journalist Peter Hirschfeld will be moderating and asking all of the questions.  There will be no audience participation due to time constraints. We’ve compiled some information on the candidates that are participating and have included their websites if they have one. (All were invited) 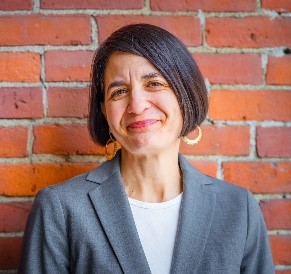 Becca Balint is a mom, teacher and progressive leader who has had to fight her whole life as an outsider. Growing up gay, and the granddaughter of a man killed in the Holocaust, Becca developed early on a deep sense of empathy for people on the margins. She started looking out for every single kid on the playground, especially the ones other kids made fun of.

That innate sense of justice has driven Becca her entire life – first as an educator who taught middle school in Windham County for fourteen years, then as an activist and State Senator who became the first woman and first openly gay person to serve as President Pro Tempore in the Vermont State Senate.

In the State Senate, Becca’s work wasn’t easy; getting dozens of politicians to agree on anything often felt like herding cats. But Becca’s leadership has delivered historic wins for people in Vermont, and helped make our state what it is today. She led passage of paid family leave through the State Senate, a minimum wage increase for thousands of workers in Vermont, the boldest climate bill our state’s ever passed, and the most progressive reproductive freedom legislation in America. Every day since her first election in 2014, Becca Balint has worked to make life better for every single Vermonter, especially those on the margins.

Becca has earned degrees from Smith College, the School of Education at Harvard, and M.A. in history from the University of Massachusetts. She is happily married to noted attorney and opera singer, Elizabeth Wohl. Together, they have two children– Abe, 14, and Sarah, 11– and an adorable but incorrigible dog named Wheelie. They live in Brattleboro, Vermont.

Sianay grew up in a household defined by love & hope. She also grew up seeing the trauma caused by war and poverty among her family, who came to Vermont following the Liberian Civil War. She became a social worker, where she made addressing and healing trauma - the trauma of poverty, community violence, institutional racism, and systemic neglect – her chief priority.

Her work earned her the recognition as a John Lewis Social Justice Fellow, serving in Congress, where she saw just how broken our institutions are, and the immediate need for more unabashedly Progressive voices to fight for systemic change. 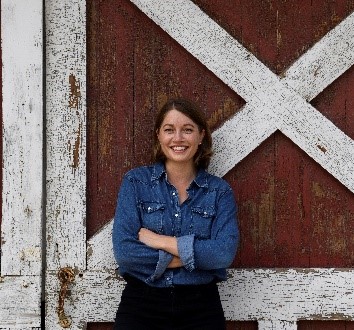 Molly was born and raised on a vegetable and dairy farm in Newbury, Vermont. She is a graduate of the University of Vermont and Vermont Law School.

After college, she worked for Congressman Peter Welch and the International Committee of the Red Cross, where she managed relations with the U.S. Congress and led field missions into conflict zones around the world. After law school, she clerked for the Honorable Peter W. Hall of the United States Court of Appeals for the Second Circuit, served as an Assistant Attorney General in Vermont's criminal division and taught night classes on human rights law at Vermont Law School.

She was elected Vermont's 82nd Lieutenant Governor in 2020. She is now running for Congress, because our state's greatest challenges cannot be solved by Vermont alone.

Liam is a Marine Corps veteran who became the leader of America's largest antiwar organization of Iraq and Afghanistan veterans. Liam then became an entrepreneur who co-won M.I.T.'s Solve award for organizations innovating solutions to climate change. Madden's writings have been published on media like Salon.com, and his work has been covered by 60 Minutes, NY Times, and nearly every major media outlet. Liam is the winner of the Institute for Policy Studies Letellier-Moffitt Human Rights Award and he has also been a Climate Fellow for the world class social entrepreneurship accelerator, Echoing Green.

Thanks to the GI Bill, he graduated from Northeastern University with studies focusing on policy and science pertaining to energy, economics, food systems and the environment. Liam is currently the Director of Solar Energy at a Vermont Based Home Energy company. He lives in his hometown of Bellows Falls, Vt with his wife, Lauren and toddler, June, and newborn, Winn. Liam's campaign for Congress is centered around what he terms Rebirthing Democracy- which includes practical technological and social innovations to dramatically improve the problem solving processes of government. 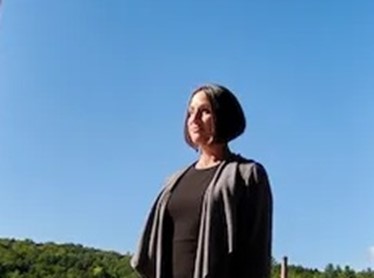 Ericka announced her candidacy for the United States House of Representatives, stating her purpose for running is to restore integrity, fiscal restraint, and stability to our Federal Government.

The Green Mountain State has become better known for its mountain of taxes and regulations than its ski resorts. We’re leaving drug addicts and mentally ill people on the street and calling it mercy. We’re stifling free speech and interfering with people’s Constitutional Rights. That’s not the American Way, and it’s definitely not the Vermont Way.”

Ericka Redic was born and raised in Vermont, and has made a career out of helping small businesses succeed. She also works with women in recovery from substance abuse and supports many organizations that uplift marginalized, under-served and at-risk people. She fights tirelessly for honest and open discourse from our local, State and Federal legislators, and pushes them to consider ideas and to think outside of their own party narrative. Along with her desire to fully understand an issue, dissect solutions, and her ability to see short and long-term consequences of the decisions our governing bodies are making.