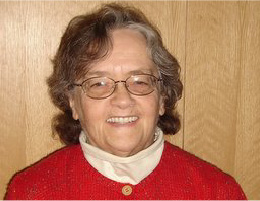 Marty Roberts, who lives in Montpelier, has been a member of the VCIL board since 2002. She has been most recently employed at Washington County Mental Health Services as a recovery educator, and also does the same work at the Vermont State Hospital. She is a co-facilitator of the Adult Program Standing Committee for the Vermont Department of Mental Health, and is a longtime member and current president of the board of Vermont Psychiatric Survivors. For fun, she enjoys music, art, writing, reading, travel and walks in the Vermont woods. Marty says that it is her privilege and pleasure to serve VCIL, whose staff are dedicated to cross-disability participation in the mission of independent living.

Ed Paquin, of Barre Town, Vt., received a BA in the Study of Religions from the University of Vermont in 1975. He worked in various trades from silversmithing to carpentry, until an injury in 1988 took him off roofs and structures and landed him, two years later, into politics. He served 12 years in the Vermont House of Representatives and has, since 2002, served as executive director of Disability Rights Vermont (formerly Vermont Protection & Advocacy, Inc.), working to protect and expand the rights of people with disabilities. Ed enjoys playing music, sled hockey and handcycling. He believes that civil rights activism brings benefit to all of society, that common ground is good — though a disagreement now and then keeps things lively! He believes we weren’t put here to make life hard for each other and he dreams of a day when our contact with “the system” is a comfort, not a trauma. 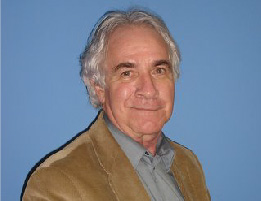 After many years working for the Vermont Department of Mental Health, John Pierce is not happily retired. John was an administrator with responsibilities for program and systems development, human resource development, financing, evaluation and grant writing and grant project directing. He had roles in Vermont’s public mental health system evolution over the last 25 years in programs for people with major mental illness, child and family mental health services, trauma services and various Medicaid waiver programs. He has a graduate degree (MEd) from the University of Vermont. During his time with the state, John worked with (and admired) VCIL for its commitment to helping people with disabilities, including mental health issues. John is enjoying retirement, spending his time volunteering with human service related boards and councils and the Multiple Sclerosis Society. John has had multiple sclerosis for 25 years and is in the so-called “late cane” stage of mobility difficulties. 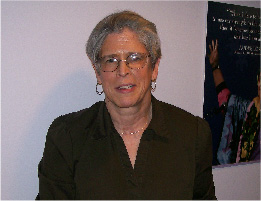 Maureen Mayo joined VCIL’s Board of Directors in 2016. She lives with her husband, Bill, in Northfield, Vt. A longtime champion of the disability rights movement, in 1985 Maureen sustained a traumatic brain injury in a car accident. She spent three years in a rehab hospital in Boston before being discharged into an apartment to live independently. In her post-disability life, Maureen, a former marathon runner, needed to find an outlet for her boundless energy. She decided to focus on disability work and joined VCIL in 1995 as a peer advocate counselor. In 1996, she became an advocacy specialist for VCIL. Maureen retired in 2011 and is pleased to be back as a board member because she thinks VCIL’s mission is important and should be broadcast to as many people as possible. “In a way, I don’t feel like I ever left,” she says. 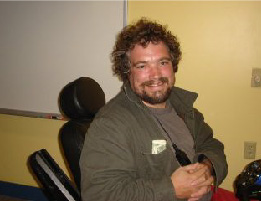 Zack Hughes was born in Texas. For the last 29 years, he has lived in Central Vermont. He currently works in the field of peer support. He cosupervises two programs at Washington County Mental Health Services, a crisis bed and a peer line, and runs a volunteer-based nonprofit that promotes peer services. A graduate of Montpelier High School Class of 1998, he went on to complete a general business course and has completed many trainings, both work- and board-related. He has served on many boards and one governor-appointed committee. Asked about joining the VCIL board, he replied, “I want to honor my mom’s service here.” Jean Mankowsky-Upham was executive director from 1982-1986. She was a steadfast and visionary advocate for participant-directed attendant care and a passionate and persuasive advocate for full implementation of the Americans with Disabilities Act. Some disability issues that Zack is especially passionate about include ADA issues and service animals/emotional support animal issues. He regularly consults on cases. In his free time, he likes to write, read and travel. He has a regular presence on Facebook. 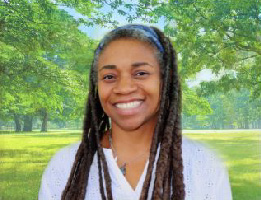 Winnie Looby of Burlington joined the VCIL board in June 2020. She has a master’s in early childhood special education and a doctorate in educational leadership and policy studies, both from the University of Vermont. She is the Core Function Coordinator for Academics at UVM’s Center on Disability and Community Inclusion. She teaches courses in diversity and inclusion for the College of Education and Social Services, specifically on the culture of disability, and race and racism in the United States. In her free time, she enjoys visual art and has strong connections to her community and to the arts. Affiliations include serving on the Education Committee of the Vermont Statewide Independent Living Council and on the Building Flourishing Communities Steering Committee. Winnie is skilled at finding common ground with a variety of people from different types of backgrounds. She says, “As a parent of a child with disabilities, and as a person with disabilities myself, the promotion of self-determination and self-advocacy is very important to me both professionally and personally. I appreciate the opportunity to collaborate with others from around the state who want to work toward similar goals.” 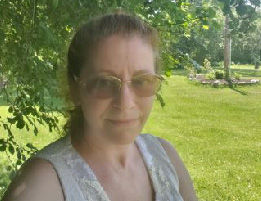 Tina Mason of Johnson joined the board in 2019. She is a home provider for several different nonprofits, such as Green Mountain Support Services and Upper Valley Services. Tina brings a good perspective to VCIL thanks to the knowledge she has gained from these agencies, which seek to provide housing for people outside of nursing homes and other facilities. In-home settings and one-on-one care are what Tina provides. Her passion is helping people with disabilities and seniors, and in her free time she volunteers to make sure people who need a little extra help can live at home longer. As she says, the hope is that will be “right up until they pass.” 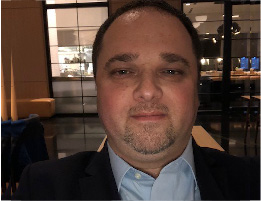 Will Pendlebury joined VCIL’s Board of Directors in the fall of 2019. He is currently the regional manager for VocRehab in Rutland and Bennington. Will has been with VocRehab since 2004 when he started as a rehab counselor for the Deaf. Will was born Deaf and his primary language is ASL. He uses interpreters, technology and written English to communicate with others who do not sign. He currently resides in Brattleboro with his family and animals. Will is committed to supporting the needs of Vermonters who are Deaf and have other forms of hearing loss and disabilities. He serves on the Vermont Deaf, Hard of Hearing, and DeafBlind Advisory Council. During his free time, Will enjoys sports, the YMCA, traveling and spending time with family.

Bryan Pritchard of Morrisville is currently employed by The National Life Group, selling solutions to everyday problems via life insurance and annuities. For fun, he enjoys sports, music, relaxing with friends and travel. He is excited and honored to be a board member of VCIL, an organization that truly helps those in need. 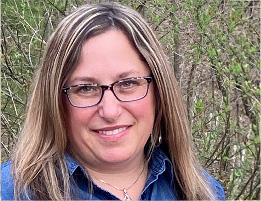 Amber Schaeffler joined VCIL’s Board of Directors in January 2021. She has a master’s in social work from the University of Vermont and a master’s in criminal justice from the University of Colorado. She is the assistant director for the Developmental Services division at Northwestern Counseling and Support Services in St. Albans. Amber has a strong desire to help others and to serve her community. She has a hearing loss herself and has been a part of the Deaf and Hard of Hearing community since 1998. Her passion has been in supporting Deaf and Hard of Hearing people, individuals with disabilities and senior citizens. In her free time, she enjoys hiking, the New York Giants, snowboarding and being with her family. 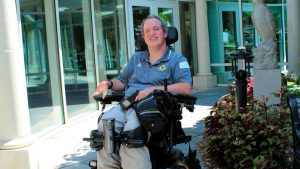 Ben is a 36-year-old lifelong resident of Brandon Vermont with cerebral palsy. (He/Him pronouns). Ben is a 2008 graduate of Keene State College with degrees in sociology and American studies. He’s worked in human services for his entire professional career working as a youth leadership coordinator for VCIL for several years prior to doing two years of service with AmeriCorps’s Youth Development chapter serving with the Boys and Girls Club of Rutland County. Since then Ben has worked as an Assistive Technology Specialist for The Vermont Assistive Technology Program and UVM’s Center on Disability and Community Inclusion for the last 6 ½ years. Since beginning his tenure with UVM band has been awarded UVM’s OurCommon Ground Award: Given not only because of performance but because of an emphasis on ensuring diversity and inclusion for all as well as other best practices intertwined in his work. Just prior to the pandemic Ben was selected as a presenter at the 2020 Assistive Technology Industry Association national conference. Ben presented on the need to look at the whole person and not just their disability during any type of evaluation or meeting. Ben also lectures across Vermont universities and colleges as well as Keene State and Plattsburgh State University in New York on a wide variety of topics ranging from assistive technology to his experiences in the special education system and just living life with a disability in general. Ben’s main office is now at Castleton University and one of his big goals going forward is to make sure every Castleton student has exposure to one of his lectures prior to graduation.

Ben believes that the impossible is possible as long as when you fail you’re willing to realize that failure is part of learning to do your best to learn from your mistakes and to keep trying despite failure because from failure ultimately comes success if you work hard enough. 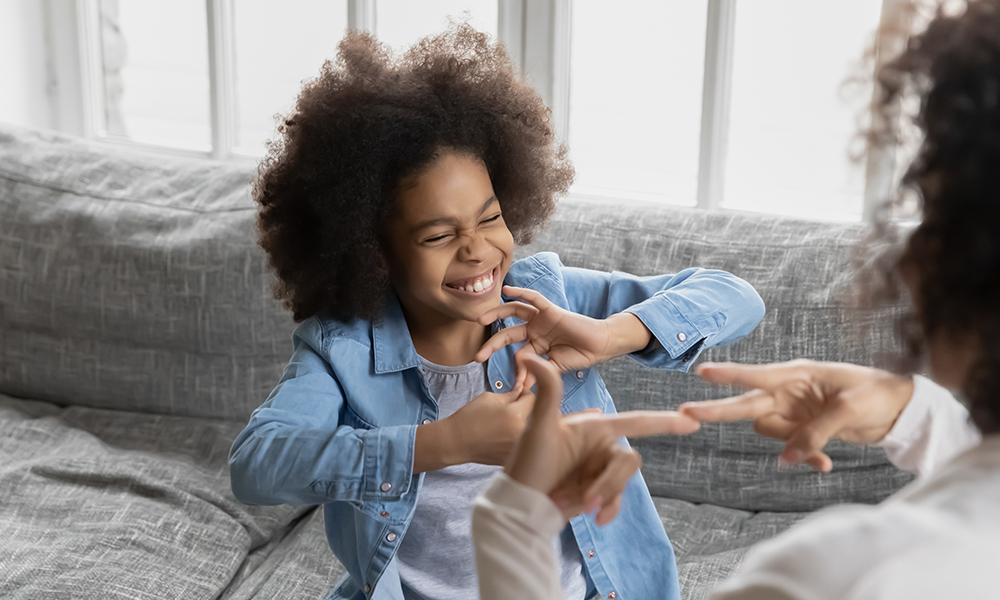 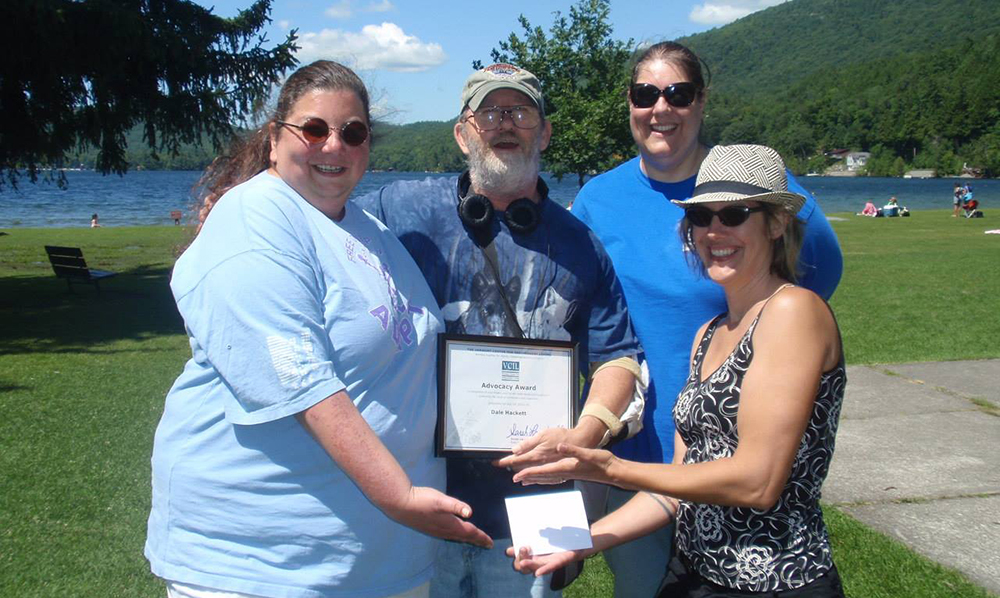 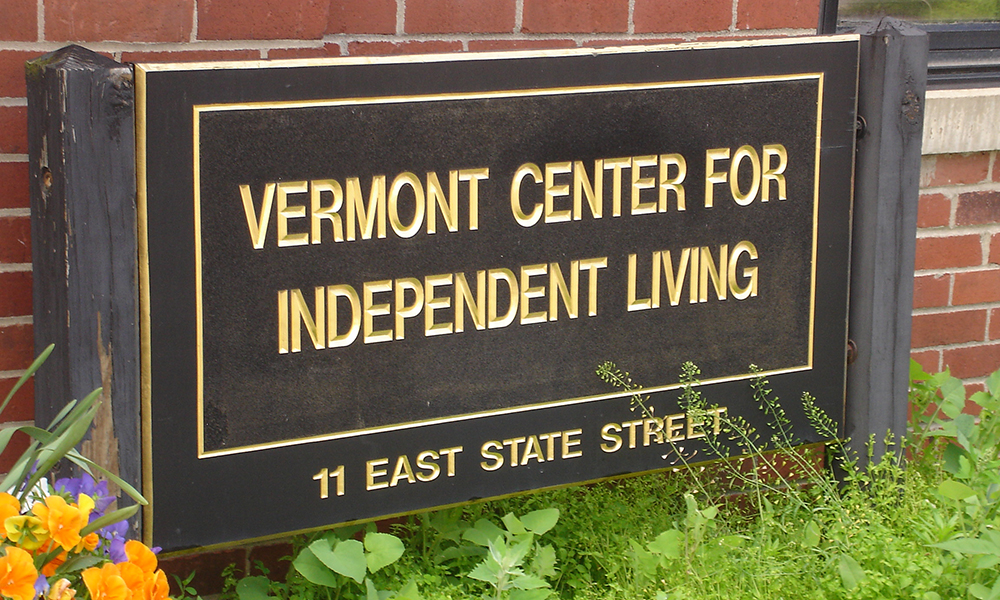 Vermont's CIL
Since 1979
History & Timeline
Back to Top